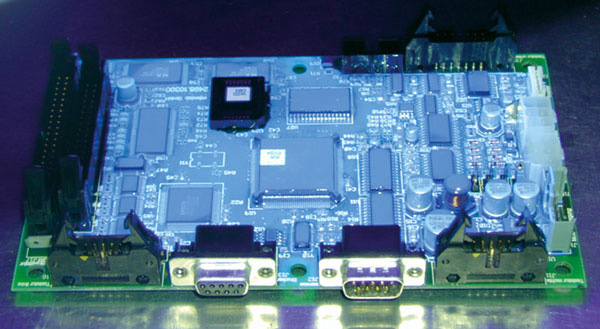 EES offer ìs to its customers the possibility of treatment with conformal coating on the assembled PBC;

This service was previously entrusted to external suppliers specialized, but with the opportunity of expansion of the new locals of its headquarters, EES has set up a room for painting, which will be equipped for the coating with conformal coating of the cards work.

What is conformal coating (or tropicalization):
It is a process which consists in coating the pcb assembled with a resin film protective, and is subjected to an appropriate temperature, is crystallizes and forms a single body with the substrate and the welded components, isolating them from environmental agents particulary harmful.

In fact, the coating is essential to improve the performance and long term reliability of electronic cards as it protects the electronic devices from the presence of solvents, moisture, dust, or other contaminants potentially harmful to the correct operation.

This process results in an improvement of the electrical insulation and prevents the growth of dendrites and the formation of oxides on the pcb. The choice of which material to use is a function of the environment in which you will work the card and of the hostile factors against which you want to protect.

The resins used for coatings are based on acrylic, silicone, epoxy and polyurethane.
Based on the positive results, today has been extended in many others sectors such as automotive, railways, electro-medical, in addition to some of the portfolios of industrial applications.
The process of conformal coating originally established to protect those devices that were installed in the marine environment, or were intended for military and aerospace applications, however environments where operating conditions are particulary difficult.

We use cookies to personalize content and ads, to provide social media functionality and to analyze our traffic. We also share information on how we use our site with our web analytics, advertising and social media analytics partners, who could combine it with other information they have provided or have collected from their use of their services.

If you disable this cookie, we will not be able to save your preferences. This means that every time you visit this website you will need to enable or disable cookies again.